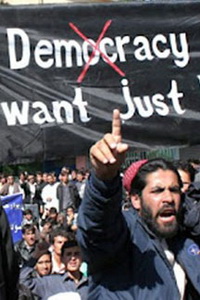 October 6, 2012 by AsUsual No Comments
What is the truth behind the situation in the Middle East?
Why are Americans taking down their regimes?
What are the intentions of the Islamists in Athens?
Watching the domino of developments in the Middle East, one can only wonder at this seemingly controversial American political strategy. The regimes which are currently being taken down with the blessings of the Americans are neither unfamiliar nor baleful to them. Most of them are the result of their own actions during Cold War. As proven in retrospect with the case of the so-called revolutionary Qaddafi who turned out to be Blair’s boss and a bountiful sponsor of LSE, everything had been regulated. He was a financial tycoon and tycoons are always favored by the banking New Order of Things.
END_OF_DOCUMENT_TOKEN_TO_BE_REPLACED
Share:
Reading time: 50 min